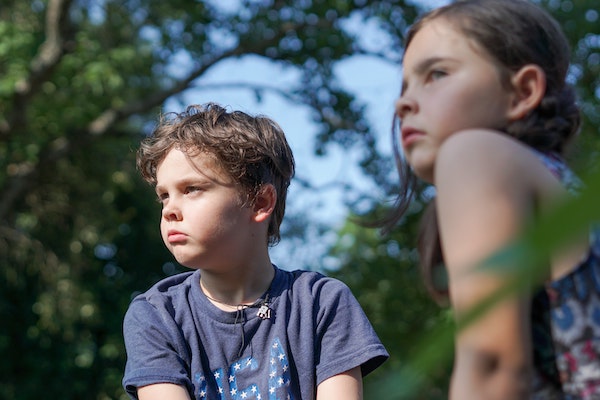 Finding the Underlying Cause of Sudden Behavior Changes in Children

Nine year old Erica, always an A-student who rarely got into trouble, was now having difficulty focusing and paying attention. Being a sensitive child, she displayed problems with social interaction and sensory issues related to texture. In January 2015, Erica’s behavior suddenly turned ugly, and she became a rebel in school. She tormented a boy to the point of physical violence. Rocking & shaking her hands became more dramatic, and her rage attacks became more frequent and scary. Going to restaurants almost always set her off, while previously she had no problems. The school principal recommended switching her to a charter school which might better fit her needs.
Erica’s mother brought her to several specialists including a neurologist and psychologist who diagnosed Erica with Autism Spectrum Disorder, but offered no answers. Her primary doctor then referred Erica to a psychiatrist who diagnosed her with anxiety and depression, and recommended a trial of anti-psychotics. Her mother declined pharmaceuticals, and instead opted for weekly counseling.
This is a story we hear on a regular basis from misdiagnosis to unsuccessful treatment or lack of a treatment, all adversely affecting the child, the entire family, loved ones, and classmates.

According to the American Academy of Pediatrics, at least 1 in 100 US school children have Pediatric Acute-onset Neuropsychiatric Syndrome (PANS) or Pediatric Autoimmune Neuropsychiatric Disorders Associated with Streptococcal infections (PANDAS), yet many doctors today do not recognize its existence. A PANDAS Parent Survey in April 2014 reported almost 90% of kids saw 3 or MORE doctors before being accurately diagnosed. Most children are misdiagnosed, or just plain missed.
‍
This is partly due to the fact that PANS and PANDAS symptoms can mimic other illnesses and the assumption that there is not an underlying medical cause for the patient’s psychiatric symptoms. Plus it is difficult to determine which kids with psychiatric symptoms have an underlying immune or inflammatory component to their disorder. As a result, physicians will often misdiagnose children with PANS/PANDAS as having a psychiatric illness and psychotropic drugs are usually prescribed to manage their symptoms.
‍
However, the root cause of the problem is an infection-triggered autoimmune condition, not psychiatric in nature. With PANS, infectious triggers such as mycoplasma, lyme, mononucleosis, H1N1, and/or toxins, create a misdirected immune response, while with PANDAS, a streptococcal infection triggers a misdirected immune response. So these kids get a strep infection and their body does what it's supposed to do, which is to make antibodies to fight off the infection. Antibodies cross the blood-brain barrier then attack parts of their brain leading to mood disorders and other neuropsychiatric symptoms.
‍
PANDAS is the only subtype of PANS that requires that symptoms be associated with a strep infection. PANS has been reported to occur in association with a variety of both bacterial and viral infectious agents, including but not limited to mycoplasma pneumonia, influenza, varicella, and others. Lyme disease including co-infections have also been proposed as a trigger of neuropsychiatric symptoms including those meeting criteria for PANS.
Many kids get strep, but why is this not more common? The reason seems to be the kids that we see with this often have an abnormal immune system. They'll have low immunoglobulins. They're the kids that get sick all the time and/or they get unusual infections. There are other possible reasons: different strains, genetic vulnerability, and even the location of the strep infection.
‍
The environment plays an important part too. Toxins like mold including mycotoxins and even heavy metals can depress the immune system, causing misdirected immune responses. These kids have autoimmunity at the same time as they have an immune deficiency.
‍
Children with PANS/PANDAS can tolerate very few drugs. They seem to do okay with antibiotics and sometimes a short course of steroids. Some can actually tolerate IVIG, but beyond that, they react. They react pretty strongly and sometimes negatively to psychiatric medications.
‍
Obsessive-compulsive disorder (OCD) is usually the first behavior that manifests. The OCD symptoms and/or eating restrictions begin so suddenly that most parents can recall the exact day and time that the OCD or restrictive eating behavior began. Shortly after anxiety, tics, sleeping difficulties, and wetting the bed can appear. Defiance usually occurs right away, and it's either due to anxiety or to OCD feelings. A lot of the OCD behaviors revolve around “if I do or don't do some certain behavior, my parents will die or my sibling will die." They're very reluctant sometimes to tell you what that thought is. Other signs are separation anxiety where the kids are unwilling to leave their home or even their bedroom, counting things, lining things up, and refusing to eat. With restrictive food eating, kids may feel as if they're going to choke.
‍
Other symptoms can include any or be a combination of:
EMOTIONAL LABILITY (including uncontrollable crying or laughing)
DEPRESSION
IRRITABILITY & AGGRESSION
BEHAVIORAL REGRESSION
DEVELOPMENTAL REGRESSION (loss of developmental milestones, loss of scholastic skills previously acquired)
DETERIORATION IN SCHOOL PERFORMANCE (inability to concentrate, difficulty retaining information)
CHANGES in HANDWRITING
SENSORY SENSITIVITIES
HYPERACTIVITY
HALLUCINATIONS
FIGHT or FLIGHT RESPONSE
DILATED PUPILS
MUSCULO-SKELETAL PAINS or JOINT STIFFNESS
‍
Understanding the root cause of your and your child’s anxiety is critical to finding targeted, individualized solutions to get relief and true healing.
‍
Treatment involves lots of testing: immunoglobulins, testing for infectious triggers including lyme and tick borne infections, toxins & heavy metal testing, etc….Reducing anything that negatively impacts health is important as well. This means removing inflammatory foods like gluten and dairy, preservatives, and sugar out of the diet as best we can. Optimizing detoxification using targeted supplements, addressing neuroinflammation, and supporting the immune system are important parts of the plan. Testing the home and the child for mold and for mycotoxins may also be factors to look at.

In April, 2017, Erica’s mother sought us out. With testing, we uncovered infectious triggers that included streptococcus, lyme, and bartonella, a co-infection of lyme, which together with her symptoms indicated a diagnosis of PANS. Later on we also uncovered that she had an underlying mold toxicity. Not a quick fix, but Erica’s mother agreed to both conventional and alternative therapies that would gradually and gently help her daughter get better.
‍
Erica’s course of treatment over the next two and a half years was aimed at safely eliminating the causes of her aberrant behavior rather than covering up her symptoms. This involved several rounds of antibiotics including anti-fungals and IV ozone to eradicate the infections. We also gave her foods that were healing to nourish her, addressed her unhealthy gut microbiome, corrected any vitamin/mineral imbalances, and boosted her immune system using various herbal and nutritional supplements.
‍
To the delight of her family, friends, and teachers, Erica has made a full recovery, excelling in school, and is back to her baseline health as of October, 2019.